Johan Van Deursen passes on the torch to Christophe Van Hecke who becomes the new CEO of Cryns Carrosserie Center.

October 2022. A new chapter for Cryns Carrosserie Center, Johan Van Deursen and Hilde Cleemput decided to pass on the group's general management to Christophe Van Hecke, who will continue the success story that Cryns has enjoyed in recent years.

Three years after the takeover by the German IRS (Intelligent Repair Solutions) Group, Johan Van Deursen and Hilde Cleemput are also relinquishing the day-to-day management of Cryns Carrosserie Center, which they took over 11 years ago. The entrepreneurial duo transformed the company from a local fixture to a leading national player. Driven by core values such as digitalisation, honest B2B partnerships and innovative damage repair, the group now has 11 branches spread across Belgium.

Cryns grew significantly as a company in recent years; the entire administration was digitised and standardised, a brand new state-of-the-art body shop was built in Mortsel, successful new branches were added to the group and investments were made in equipment and sustainable energy facilities. This puts the new CEO Christophe Van Hecke in pole position with a company in top shape, ready for the future.

Christophe Van Hecke started his career in 1996 under the leadership of Johan Van Deursen he was commercial director BeLux at Avis Fleet Services. Van Hecke then built an impressive track record within Automotive, through management positions at Leaseplan and De Post-La Poste and became Sales & Marketing Director Benelux at GE Capital Fleet services. Van Hecke supervised the commercial integration of GE Capital upon its acquisition by BNP Parisbas Fortis Arval and became Sales Director International, Large & Public Accounts Belgium for the latter. "Christophe is a highly competent, motivated manager with the same core values as those of Cryns. Under his leadership and with his expertise, Cryns can successfully continue its growth story." Thus Johan Van Deursen.

Johan Van Deursen will remain chairman of the Board of Directors and, in addition to facilitating the transfer, will focus on further strategic acquisitions or new greenfields for the group. Hilde Cleemput will also remain a member on the Board of Directors, for her activities succession was ensured internally. Both will thus remain involved in the further development of the group. "We will become the biggest supporters of the team with which we have achieved so much and will always remain at their disposal." Thus Hilde Cleemput. 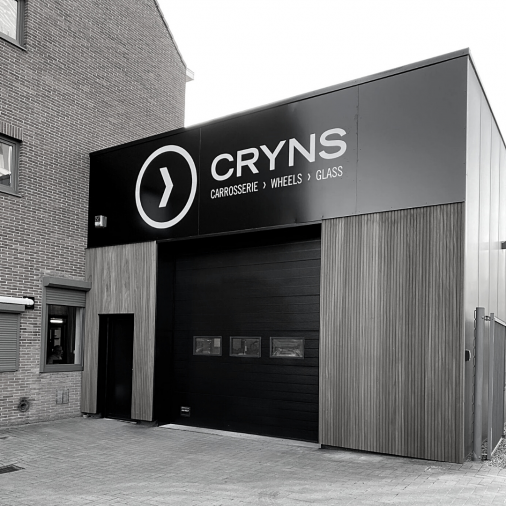 New Signage for Cryns Hasselt! You can find us next to the water tower... 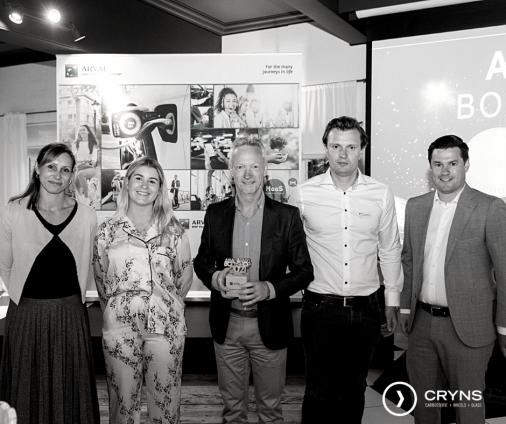 Looking for a Cryns by damage repair centre?

Enter your address, postal code or municipality and find one in your neighbourhood.